It's been over four months since I got back from Spain however I have had too much going on to finish up the posts from our trip.  (With that in mind, I already have a 2015 New Year's resolution, do a better job of writing travel blogs.)  I covered our entire stay in Mallorca however the Mediterranean Island was not the only destination we stopped at while in Spain.  During our last weekend, we flew to Madrid for two nights prior to heading back to the States.  Madrid is not at the top of my list for European cities  however there was still plenty of European charm, sights to see and of course, good eats.  Below are some of the highlights during our two night stay:


Plaza Mayor:  The Plaza Mayor which dates back to the late 1500's is the central and largest  plaza in the city. During our first few hours in Madrid, we sat in the Plaza eating paella and drinking vino. 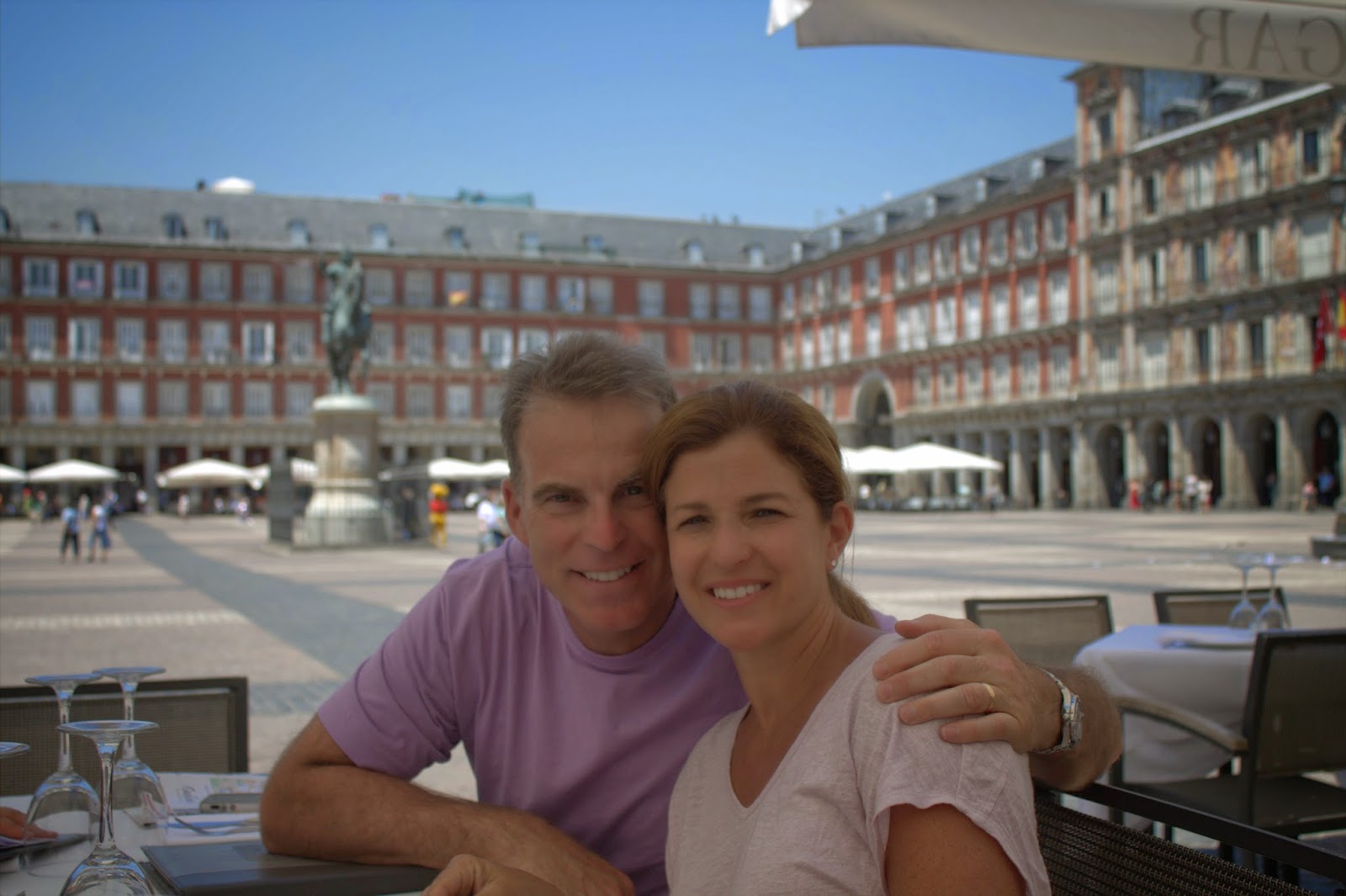 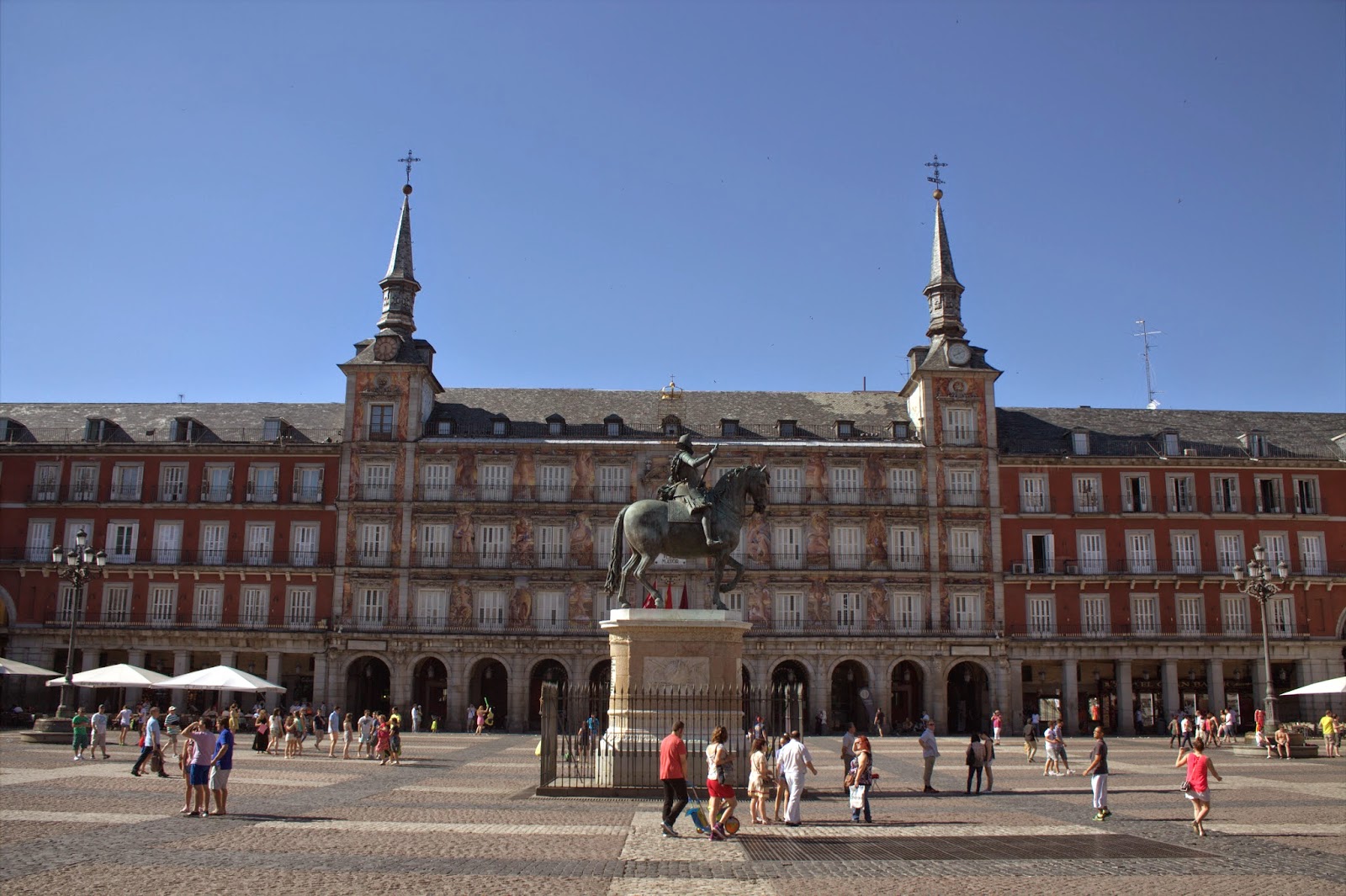 Chocolateria San Gines: Located just outside the Plaza Mayor, the Chocolateria is a perfect stop for anyone with a sweet tooth. 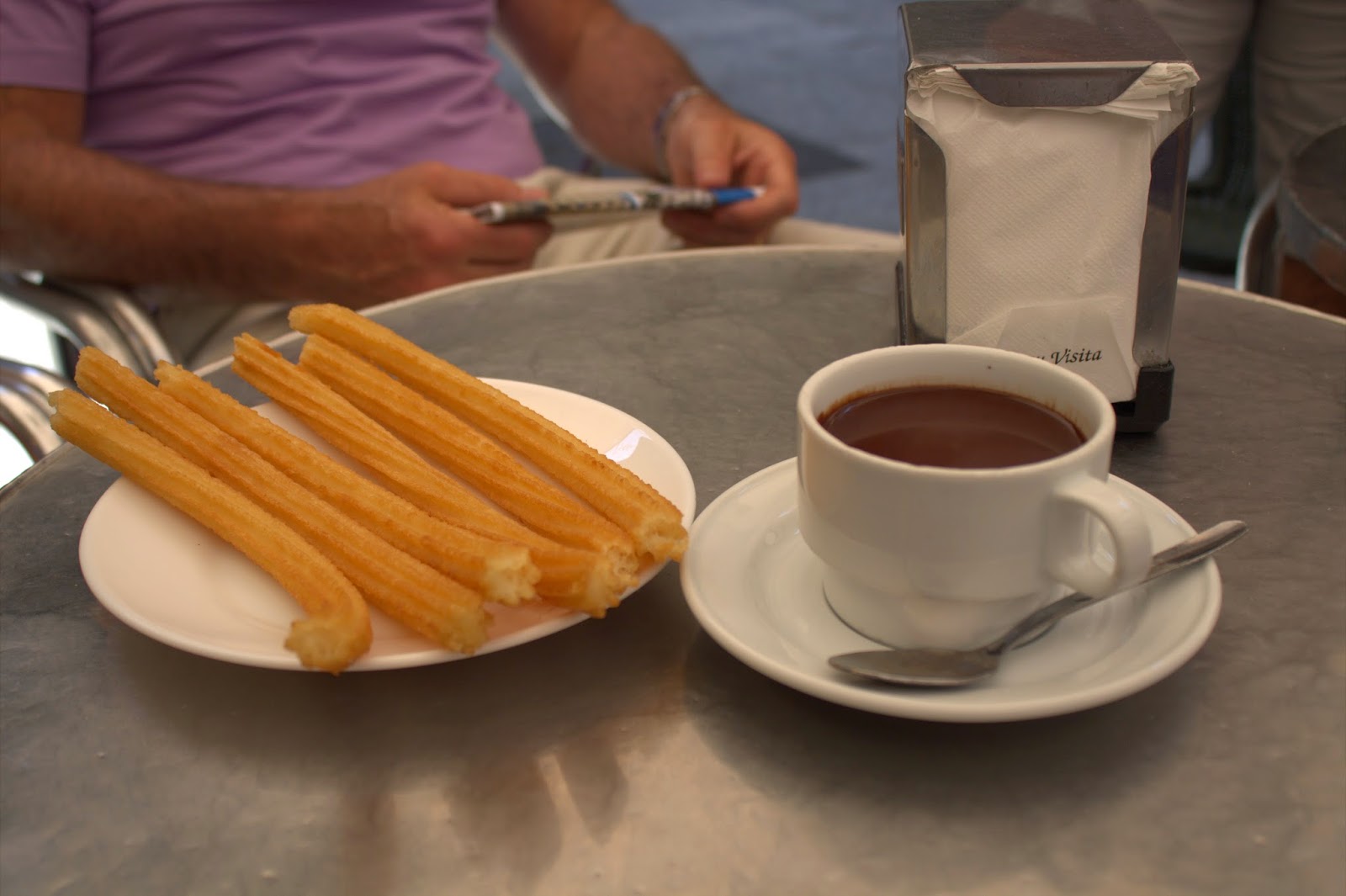 Palacio Real: One of the most, if not the most visited destination in Madrid is the Palacio Real.  Given the size, a mere 2,500 rooms, it is almost impossible to cover the entire grounds in one visit.  We spent a few hours visiting the ornate palaces hitting only a fraction of the rooms - the best was the armory. 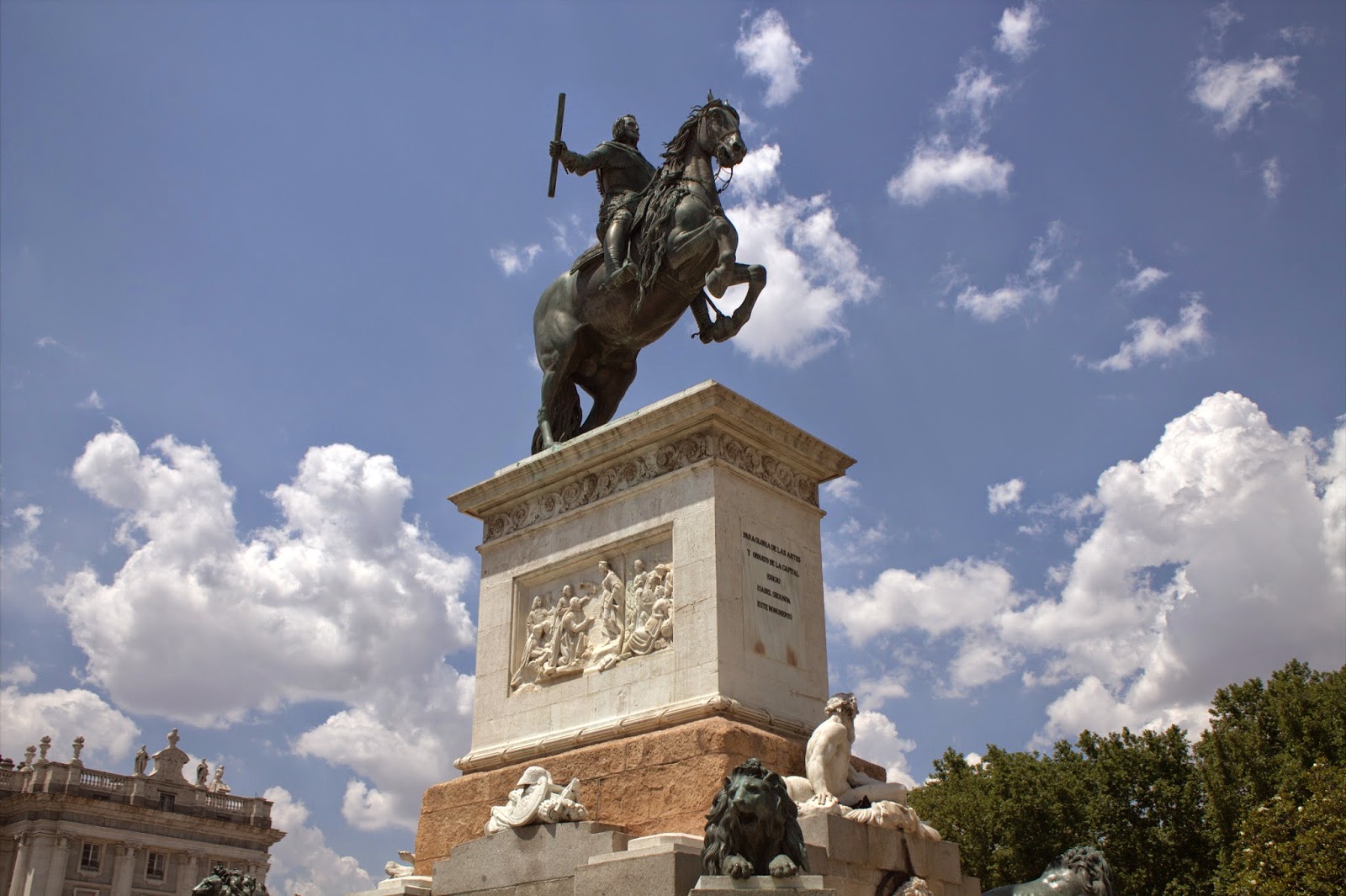 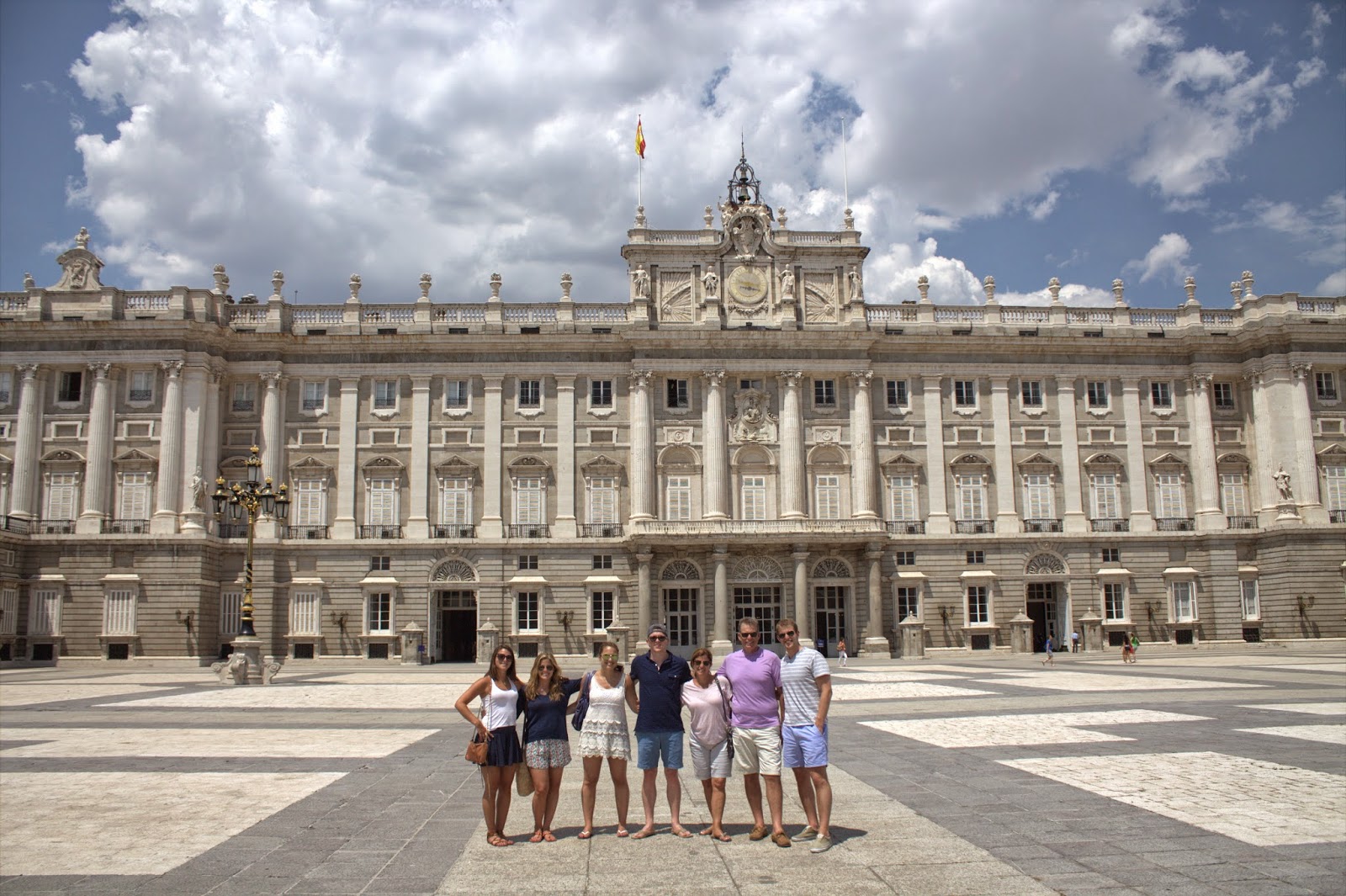 La Latina/Txakolina: No trip to Spain is complete without eating outstanding tapas.  In Madrid, the area of town to head to for these hand held favorites is La Latina. Our favorite spot was Txakolina, located on la Cava Baja.  Lined up on the bar had to be at least 50 different types of tapas in which you can just pick and choose what you would like to try. 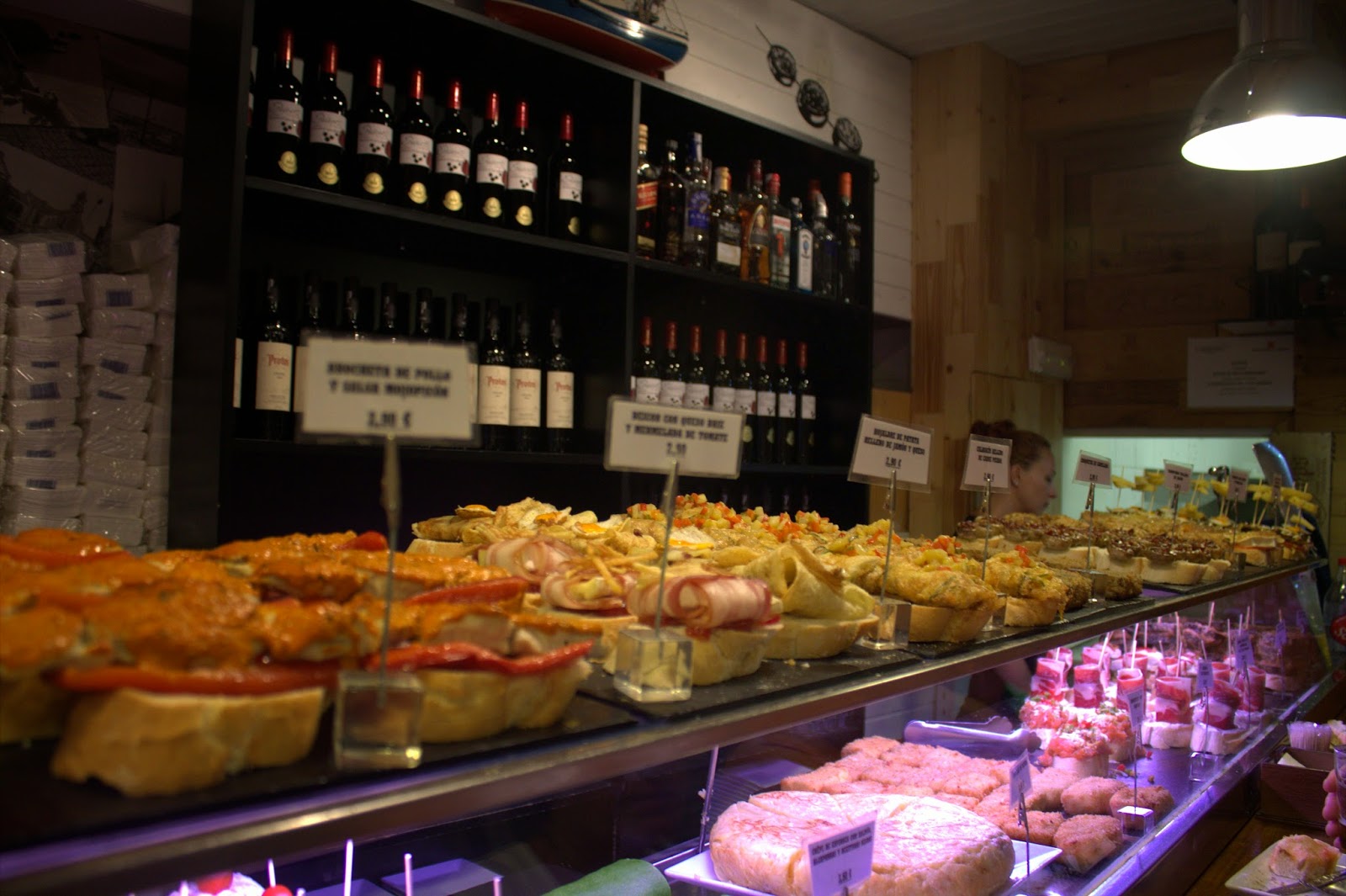 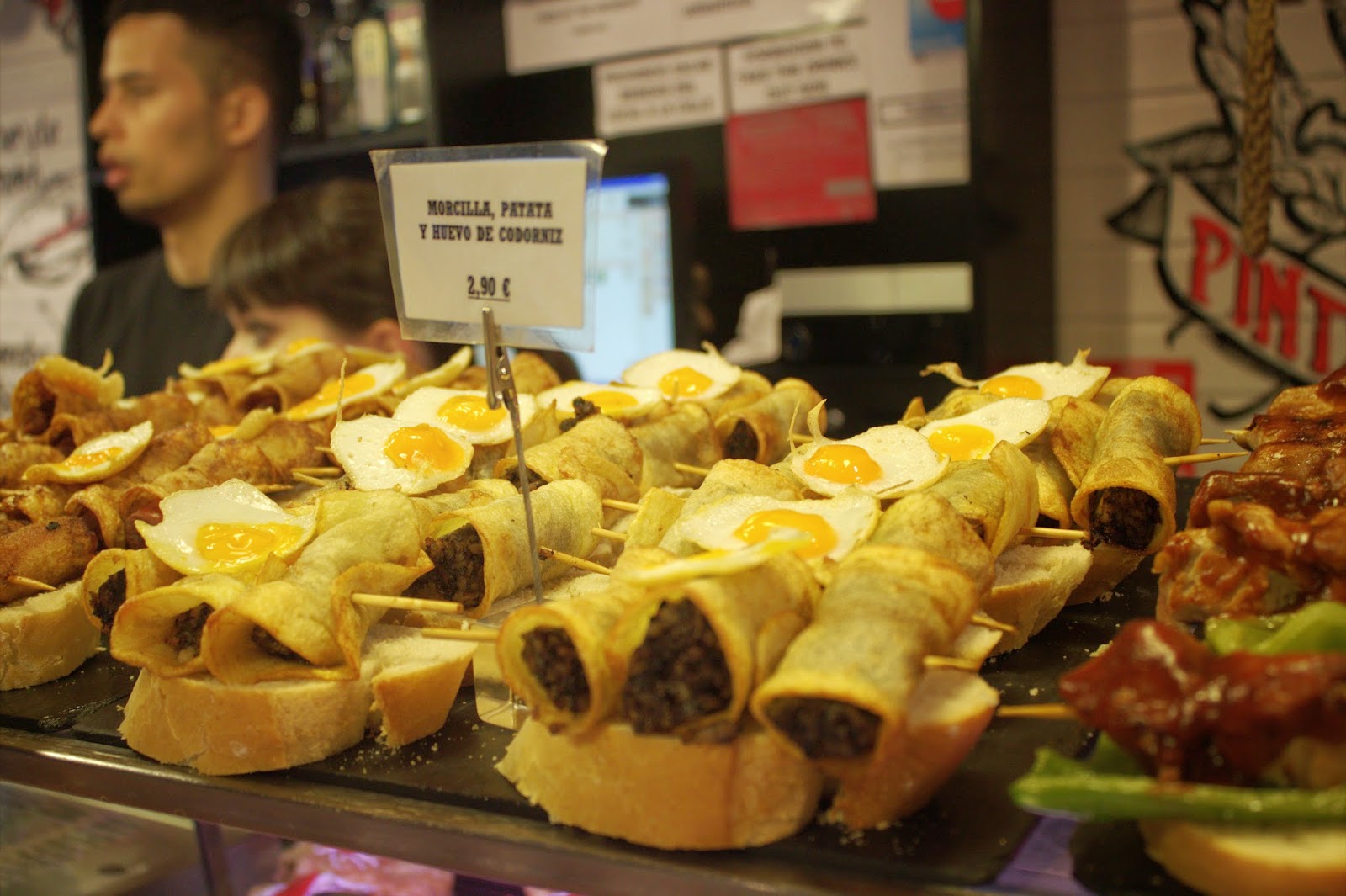 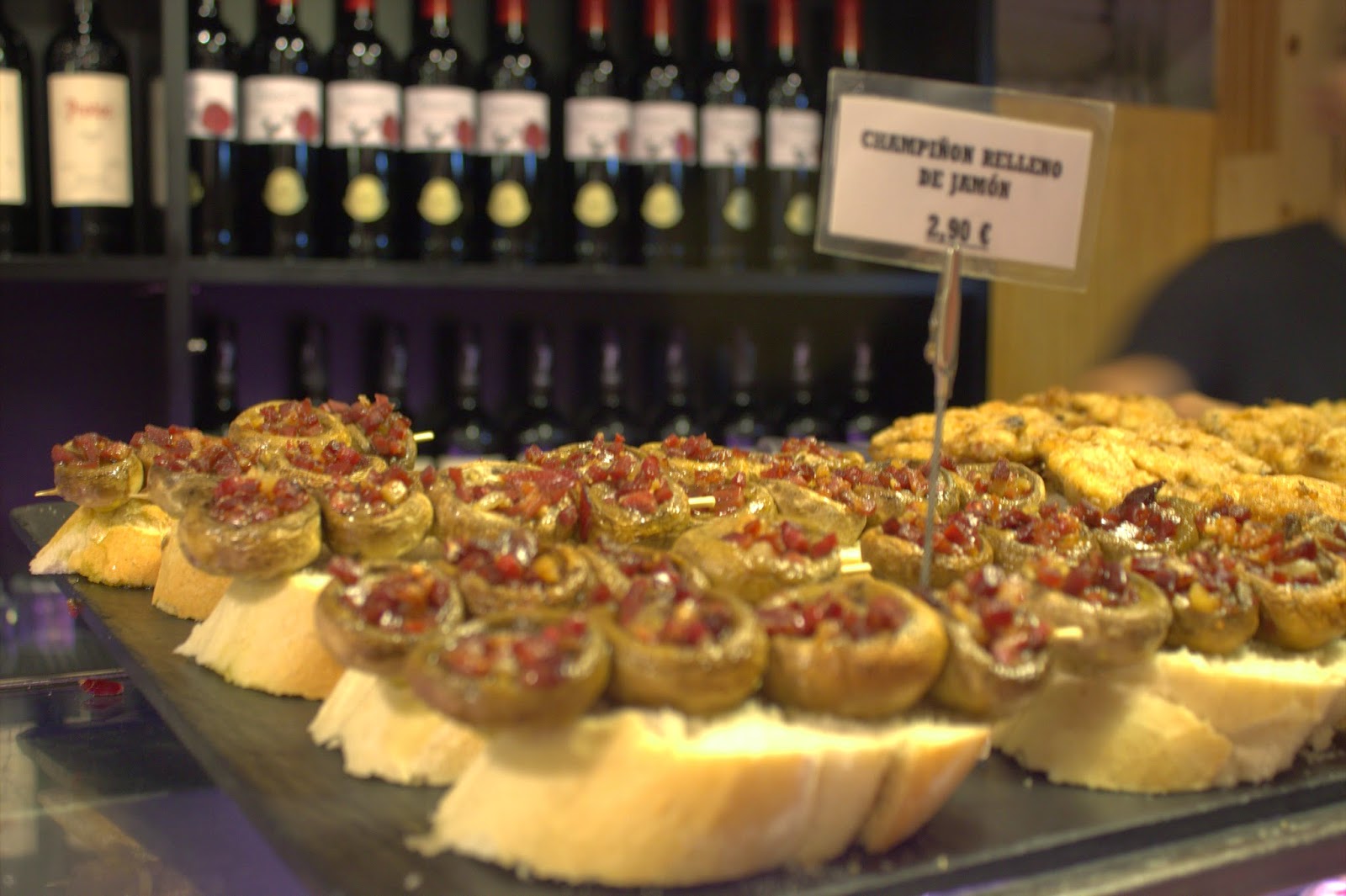 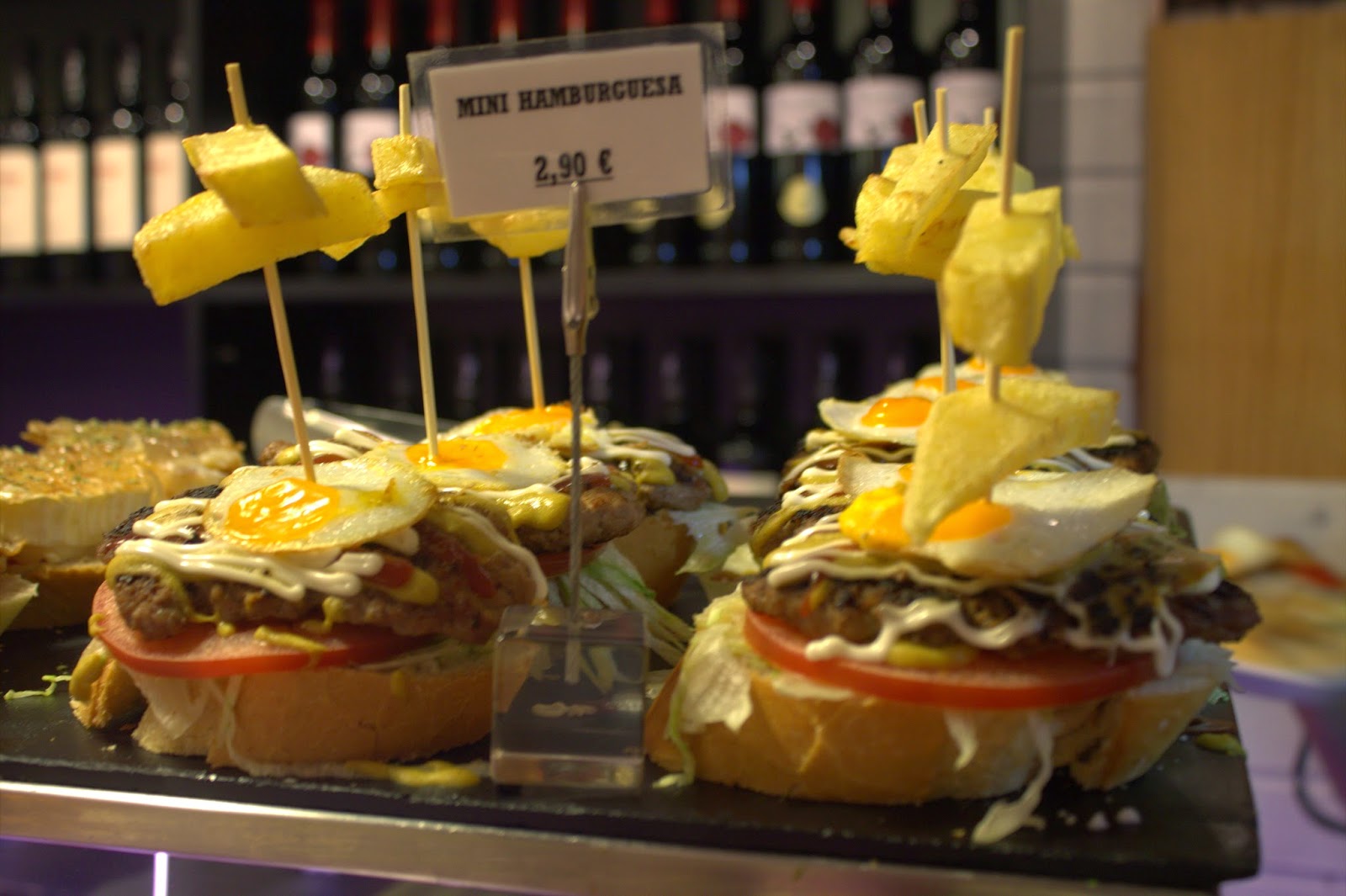 Futbol: Close tot he top of my travel bucket list is to attend a European soccer match however I was unable to check that box off while in Spain.  Yet, while we were in Madrid, Spain had their first World Cup match so we decided to hang out in a bar and watch the Spaniards get embarrassed by the Dutch. 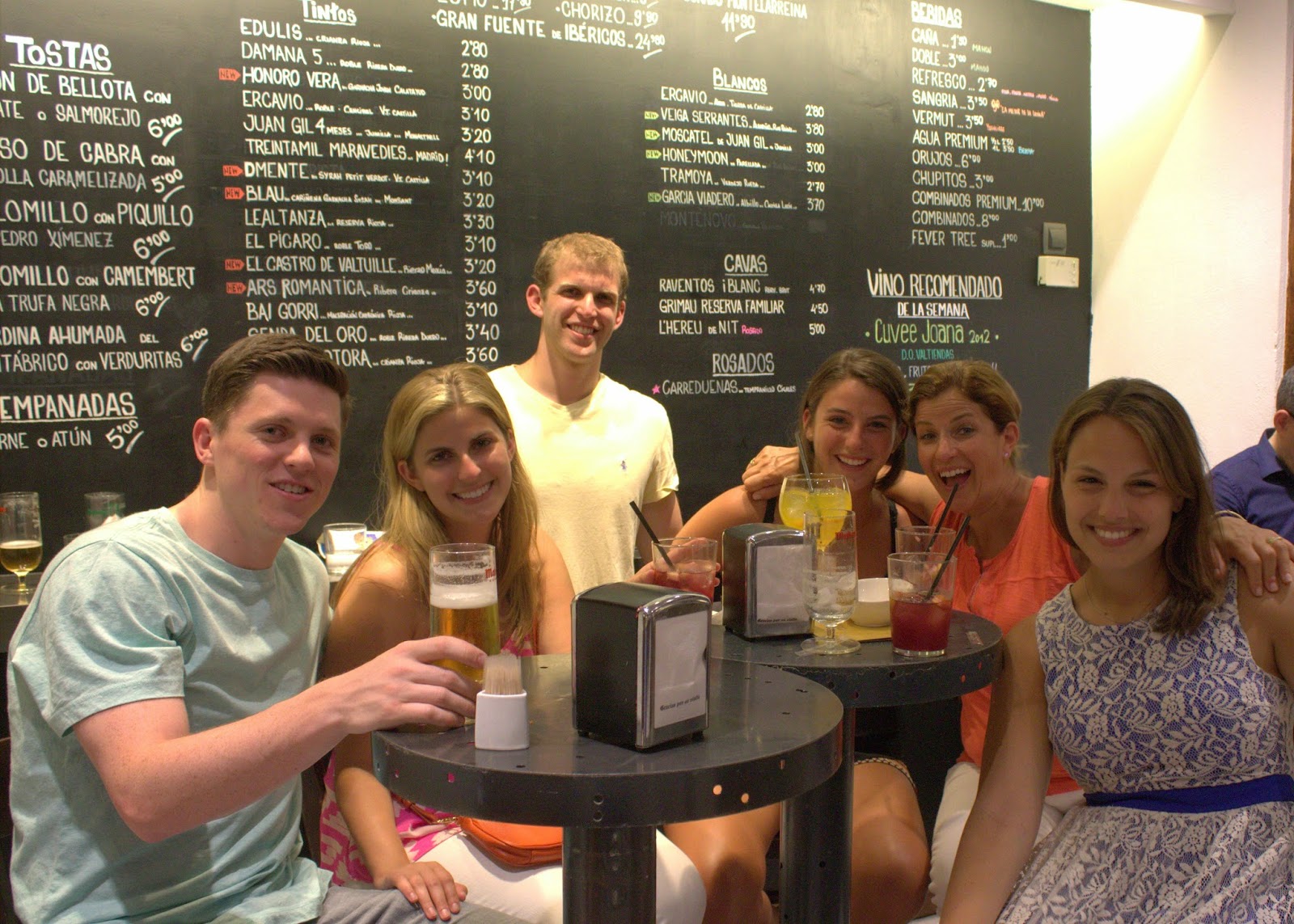 Museo Del Prado: One of Spain's most famous museums is filled with famous pieces from renowned artists.  The most interesting I saw during while at the Prado were the Black Paintings by Spain's own, Francisco de Goya.  (Picture of the girls below is right outside the museum next to a small but beautiful church). 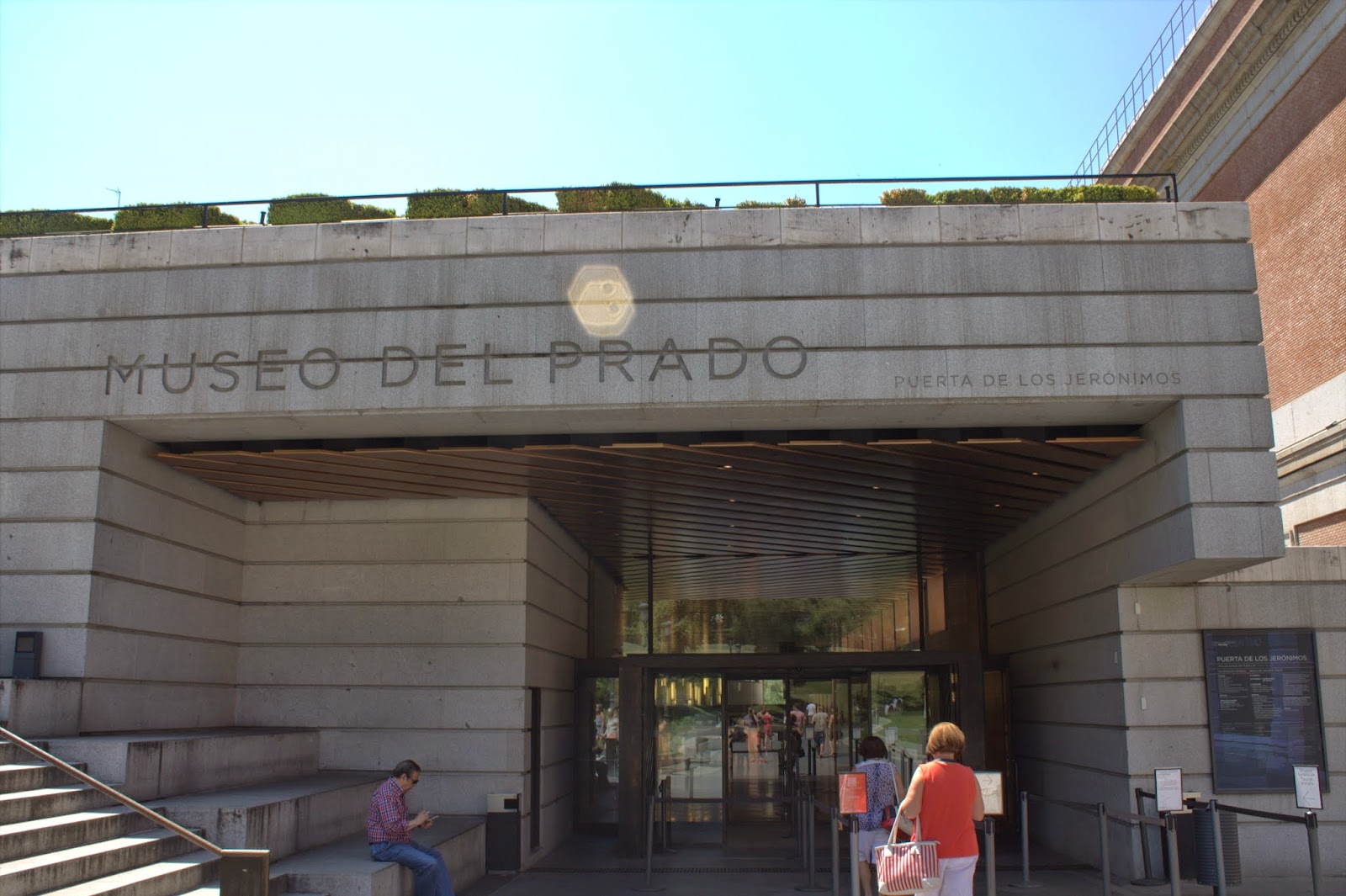 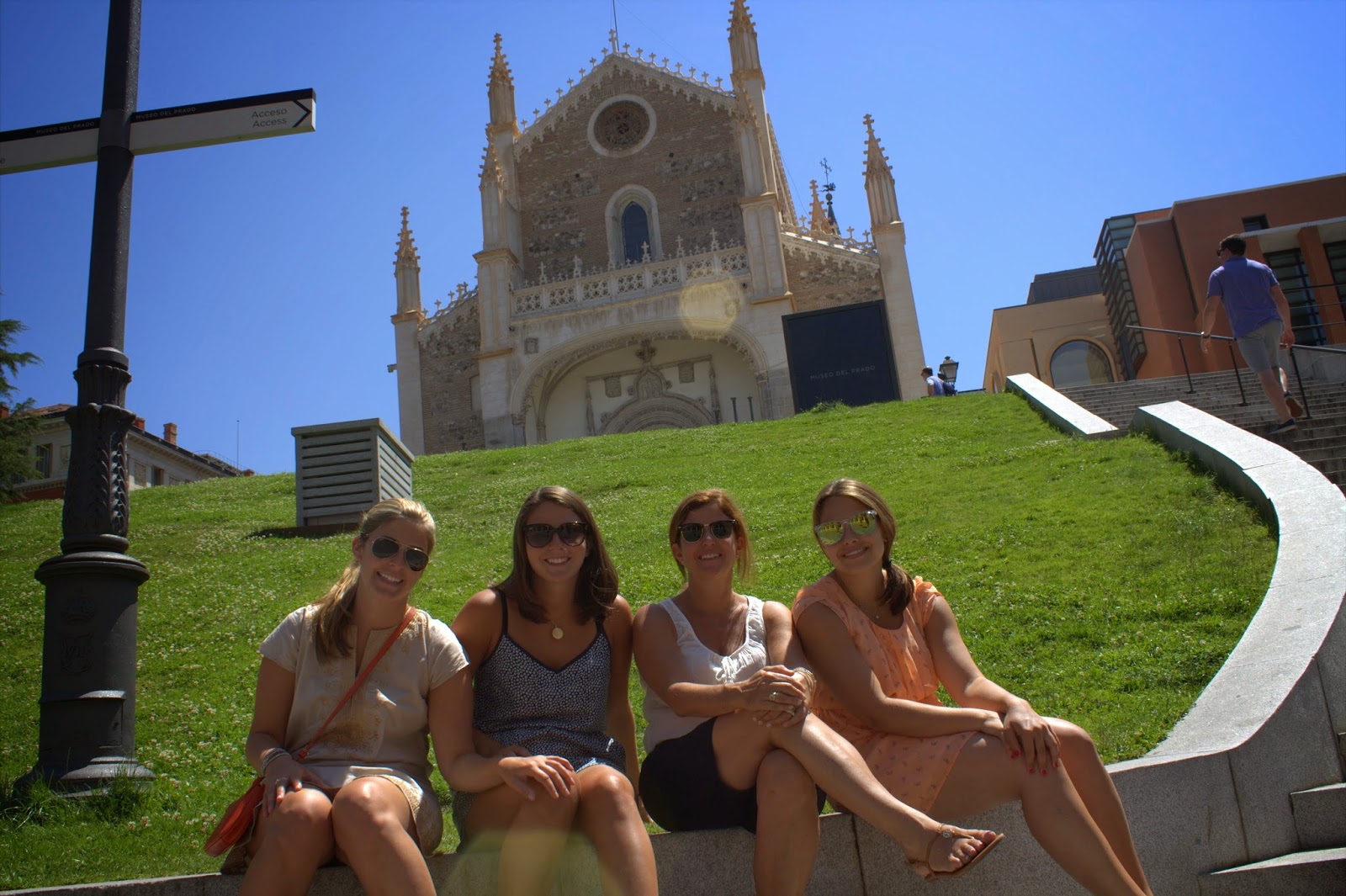 Parque de El Retiro: NYC has Central Park, Paris has the Luxembourg Gardens and Madrid has El Retiro.  Within walking distance of El Prado, El Retiro is a perfect place for a stroll on a sunny afternoon. 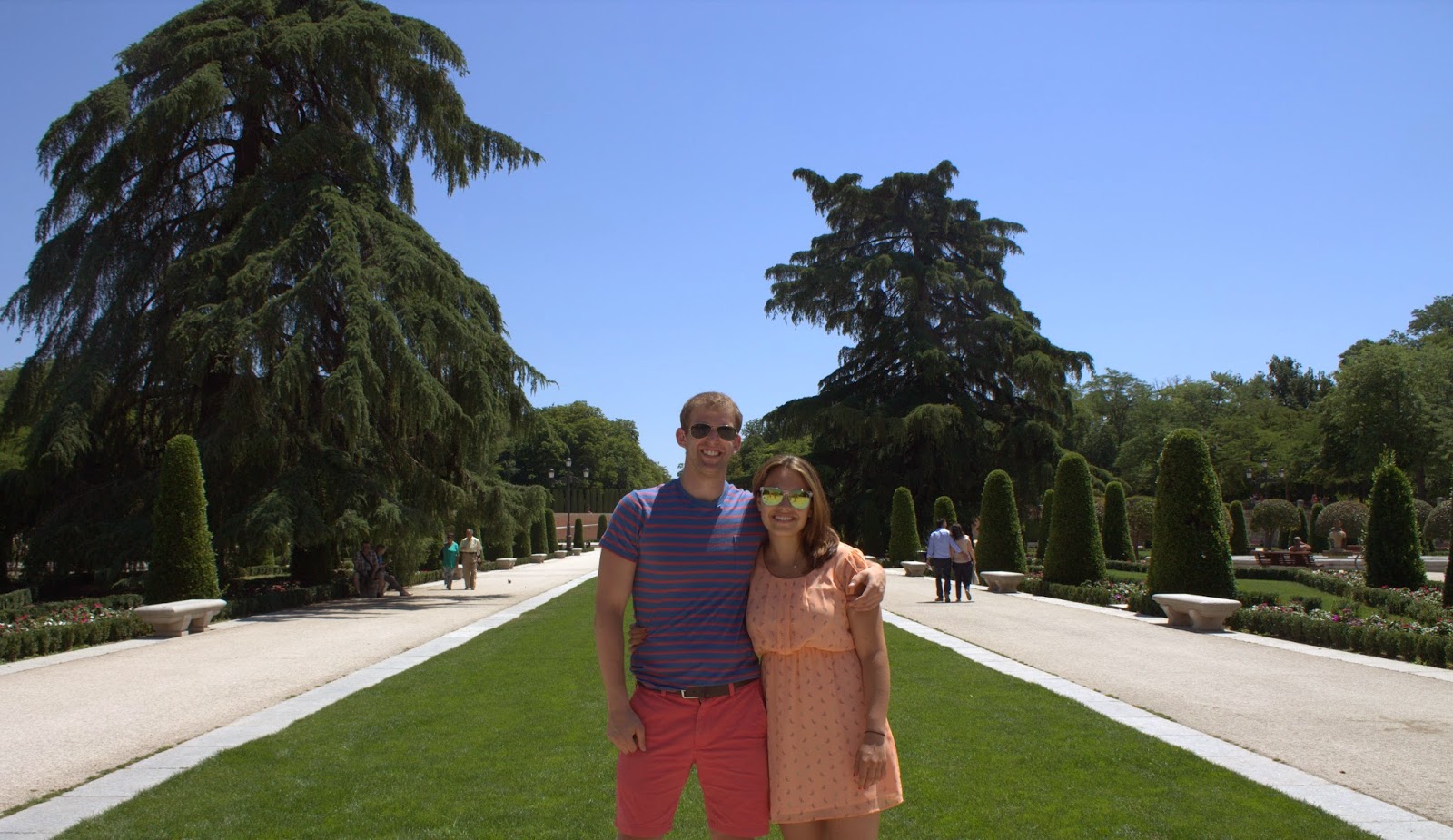 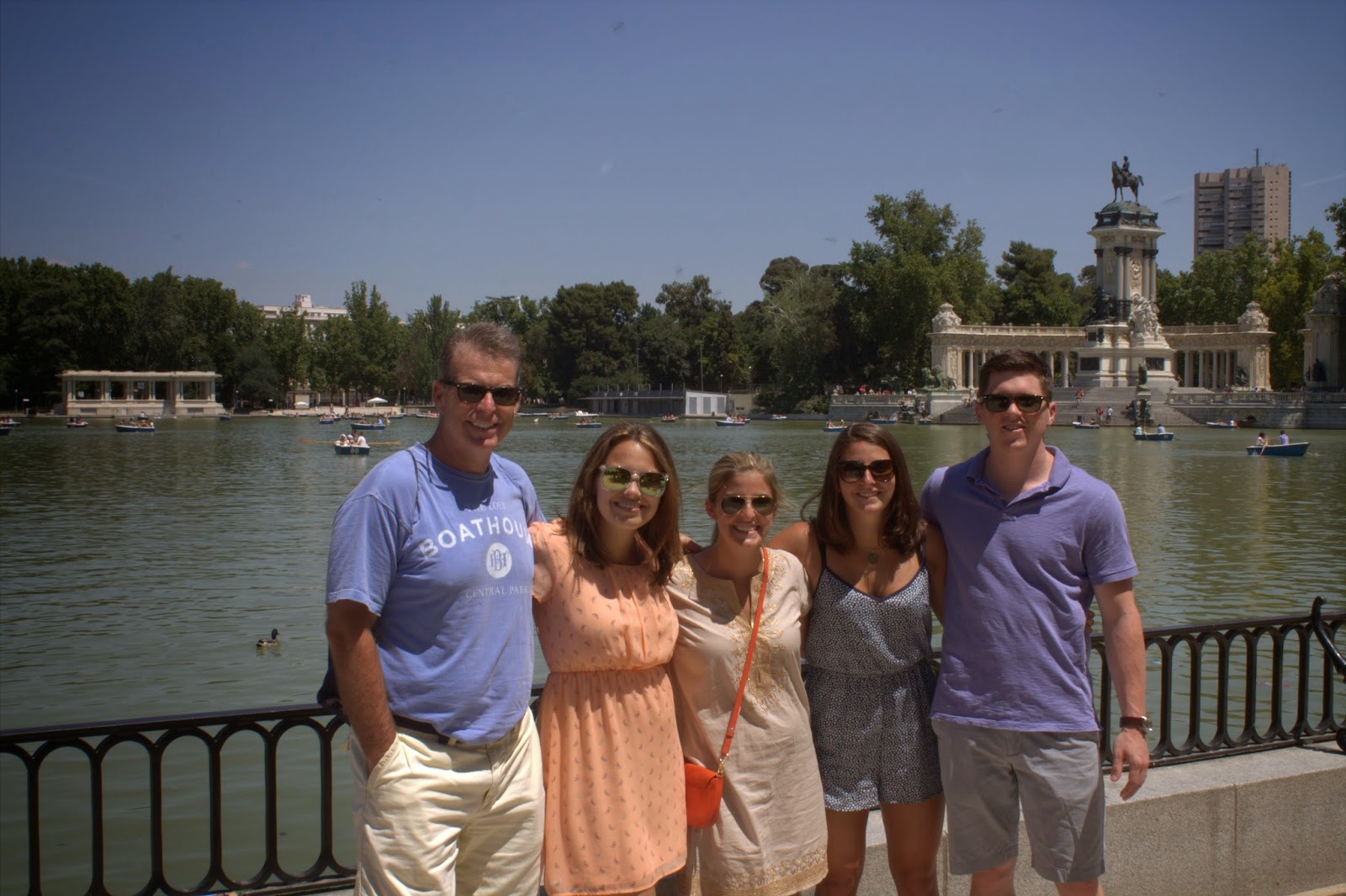 Plazas: One of my favorite parts about Europe is finding random alley ways and town squares to sit, treat your pallet and watch the world go by.  We found such a place in Madrid in La Plaza de Matute where we enjoyed crepes and ice cold Pina Coladas at El Imperfecto. 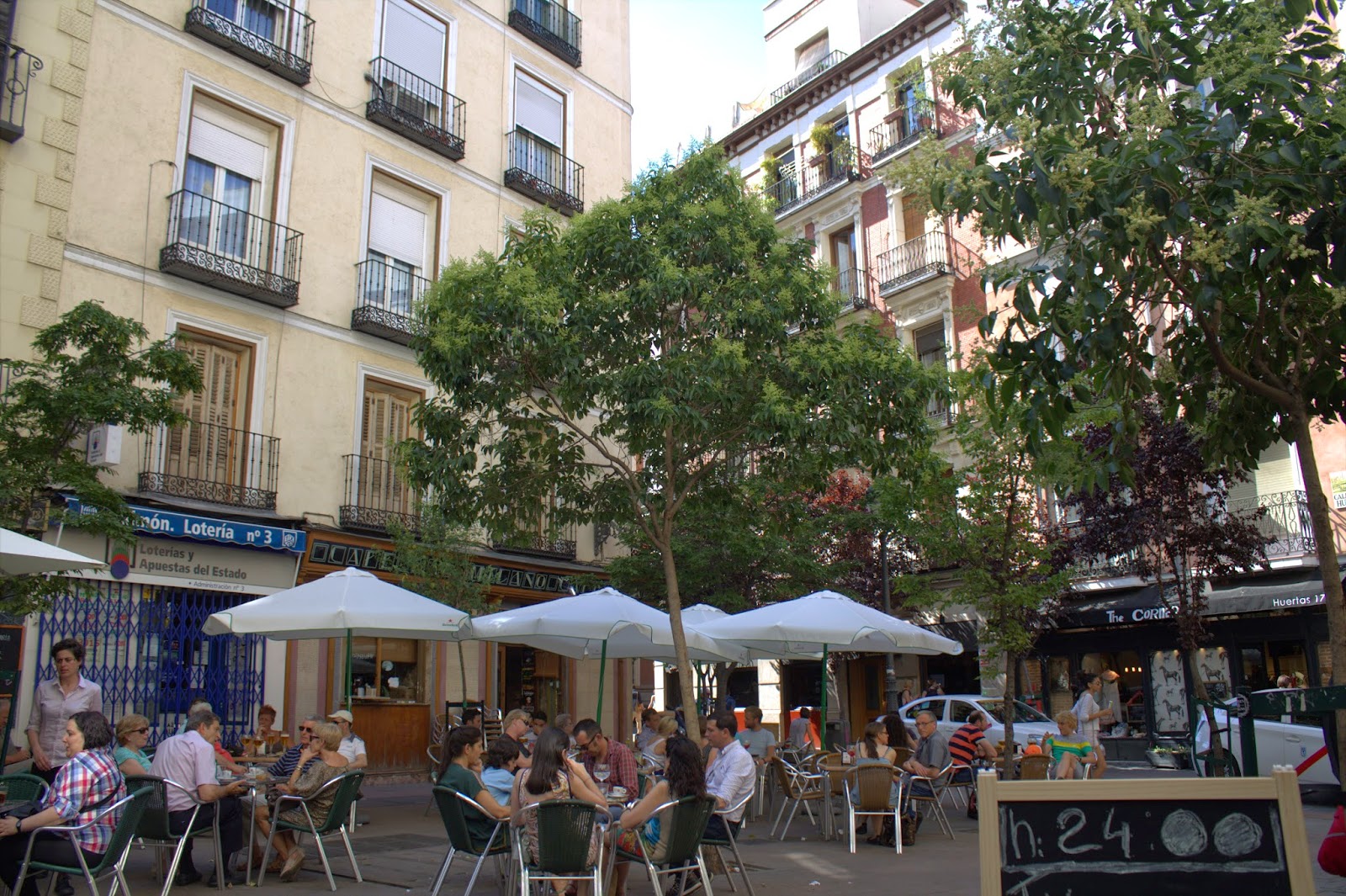 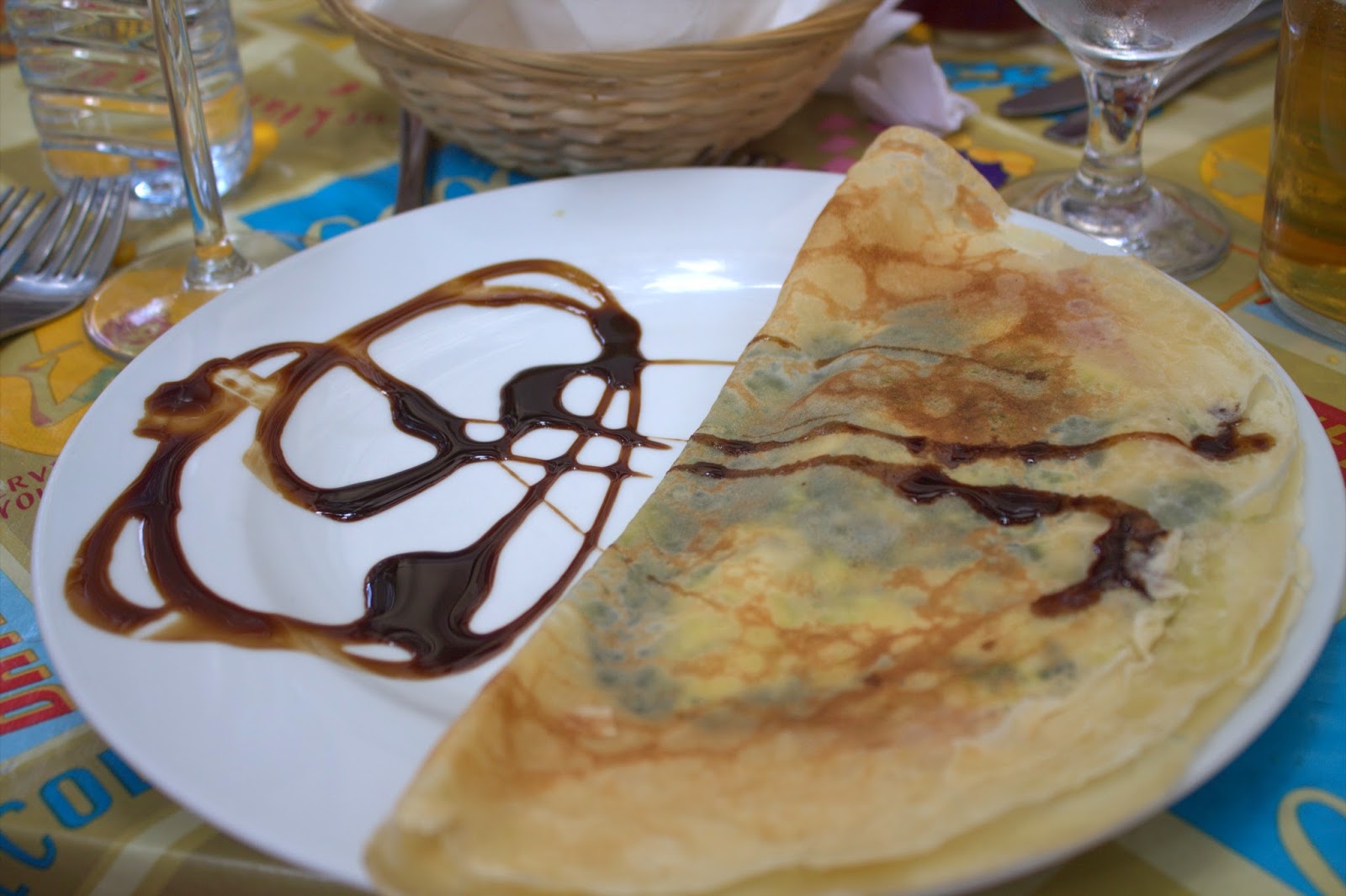 Plaza de Cibeles: One of the most iconic sites in all of Madrid is the la Plaza de Cibeles which is even more stunning at night than it is during the day.  On our last night in Madrid, we ate at the top of the Cybele Palace which I will write about in my next and last post about Spain. 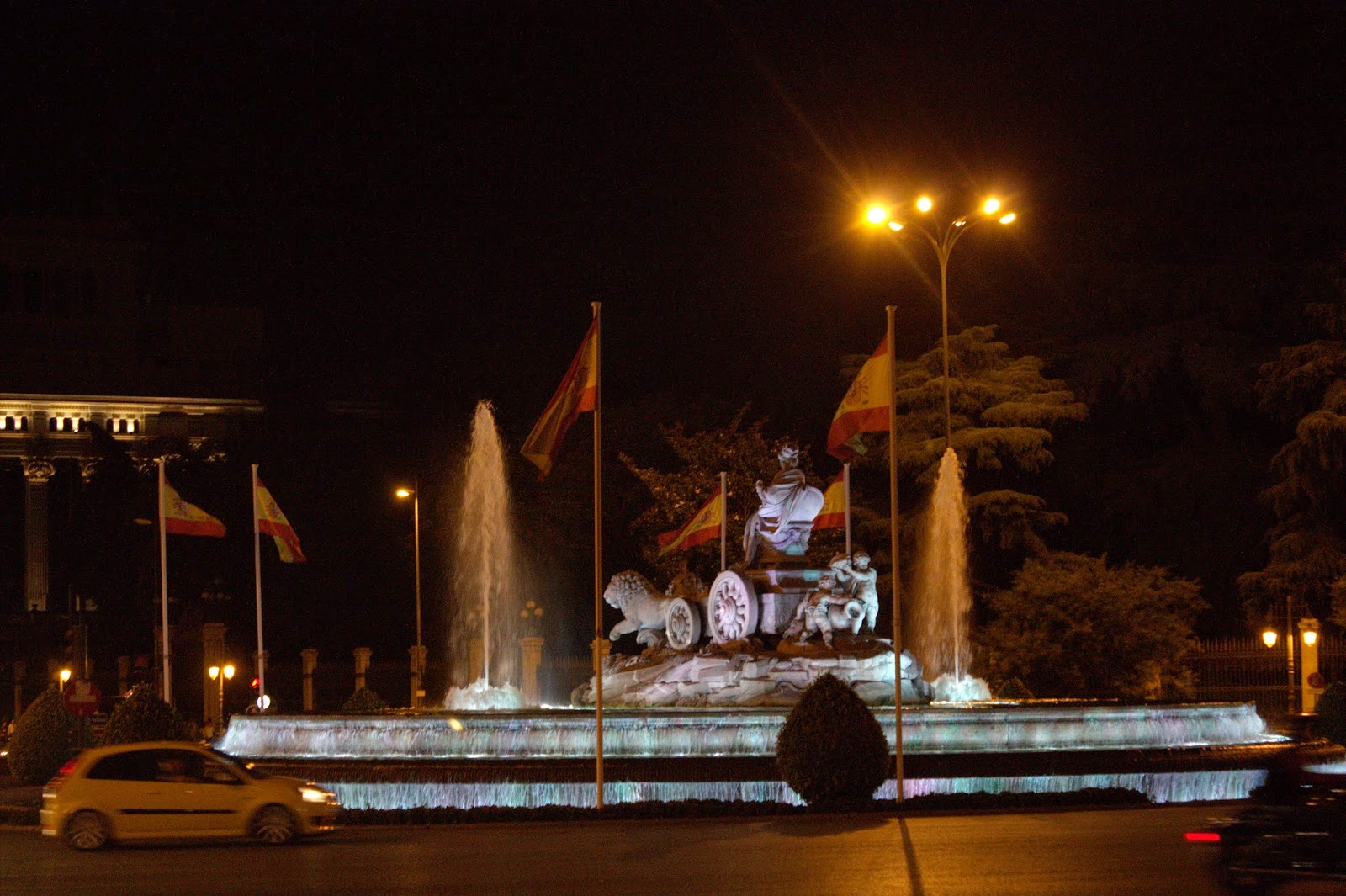