As I mentioned in my first post regarding Brussels, most of the main sights can be seen in a day or two.  Regardless of the amount of time you have in Brussels, here are the few places worth checking out:

Manneken Pis:  The infamous 15th century statue of a little boy peeing into a basin is a tourist favorite.  It is relatively easy to find the statue as it is a few streets away from the Grand Place.  To be honest, I thought it was going to be much bigger.  If you are lucky enough, it may be dressed in a costume during your visit or even better, when the statue is hooked up to a keg of beer.  There is of course a sister statue, the Jeanneke Pis, near the bar Delirium.

Royal Museums of Fine Arts: It is important to know that the Musees  Royaux de Beaux Arts is made up of six different museums.  I was slightly confused at first as I thought it was one big museum with with six different sections but it is six separate museums, a few in different locations, requiring different tickets for each museum.  I enjoy museums but I am no art aficionado so I only wanted to go to one.  The Magritte Museum was recommended to me given it was a special exhibit and he is one of the most well known Belgian artists.  It was set up similarly to the Van Gogh museum going through his work and life while only taking an hour or two to complete.  While I enjoy Van Gogh's style more, Magritte's abstract manner is very interesting.

The Royal Palace: It is extremely impressive from the outside and it reminded me a lot of the style of architecture that you would see in Vienna.  However, that is all I can say about the palace as it is only open from July to September (I think).  Yet, even if it is not open, it is still worth walking by (it is right next to the Magritte Museum) and there is a nice park across the street that is perfect to relax or go for a run.  (Just a quick note on the architecture; there was actually a few buildings we walked by that reminded me of something you would see in Vienna.)
Cathedral of St. Michael and St. Gudula: If you have visited the city of love, this church may look familiar to you and that is because it has a stark resemblance to the Notre Dame in Paris.  The big difference to me was the surrounding area,  St. Michael was just kind of there while the Notre Dame strikes the skyline of Paris on it's own island.  Yet, it is a beautiful church so if you are passing by, it is worth taking a look inside.
Galeries Royales Saint-Hubert: The 19th century shopping arcade is located right near the Grand Place.  The glass paneled roof shines rays of sunshine on shoppers and eaters below.  I mentioned earlier that Mofake is in the Galeries but a few of the chocolate shops are also worth a visit.
The Grand Place: I said it before and I will say it again, a trip to Brussels, even if it is just for an hour, is worth it to see the Grand Place.  It is one of, if not the most spectacular squares in Europe.  Plan to walk through multiple times both at day and night for mussels, beers or just to enjoy the remarkable architecture, some of it dating back to the tenth century.  Below are a number of pictures I took during our many stops in the Grand Place. 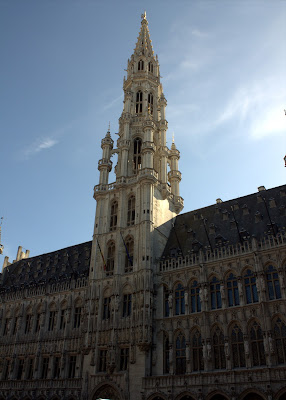 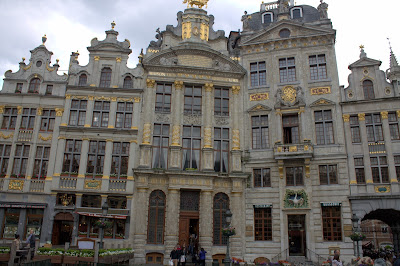 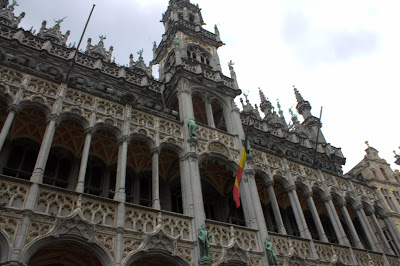 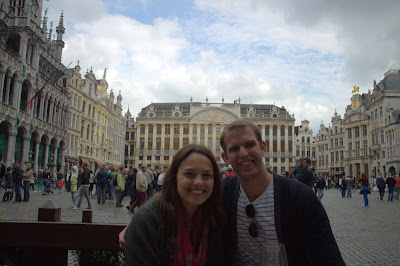 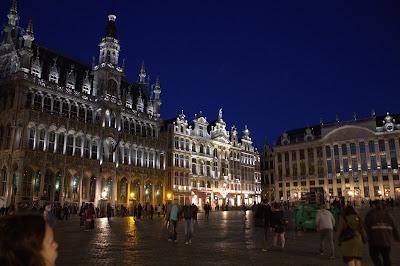 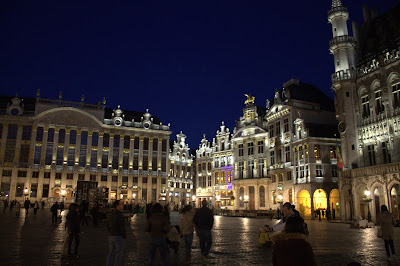 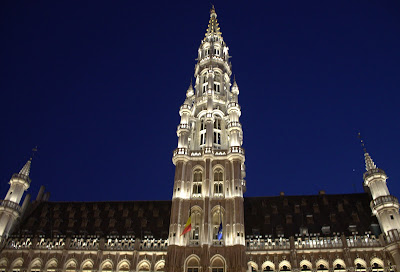 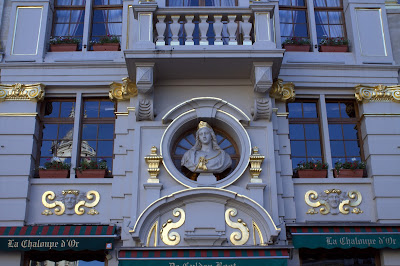 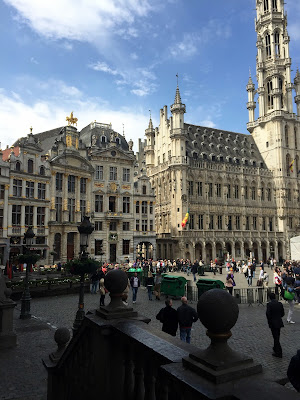