The Sights of Prague

I had written about our time in Prague but wanted to share a little more on some of the major sites we had hit while visiting.  Out of all of the cities, Prague came with the most recommendations from past travelers and the most to see.  We unfortunately did not see them all but I think we covered a decent amount of ground while we were there.

I have also added more pictures from our time in Austria and Munich.  Scroll down to the bottom of the pages for Vienna and Munich and I intermixed more Salzburg pictures.

Dancing House - Although there is not much historical relevance to the dancing house, this funky street corner is still worth seeing.  There is some controversy over these few buildings as many people complain it does not fit into Prague's famous architectural style.  It is right along the river so very easy to stop by and snap a pic. 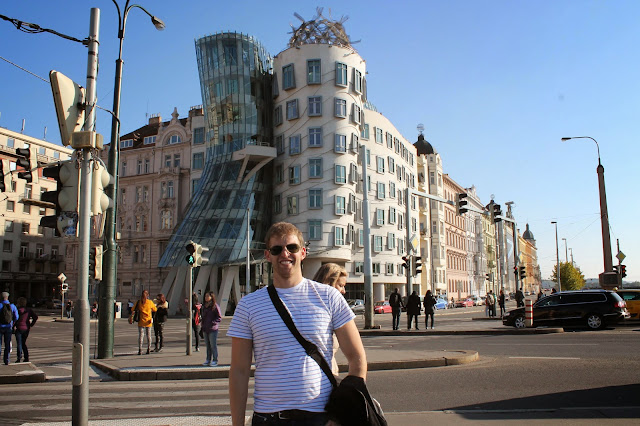 Jewish Museum - As I mentioned in my last post, the Jewish quarter is a must given the historical relevance.  The quarter itself is actually the museum which can be a bit confusing. The museum is made up of 6 locations including synagogues and the old cemetery.  Inside the synagogues are displays showing Jewish history and artifacts from the Nazi period.  Below is the Old-New synagogue which is the oldest active synagogue in Europe. 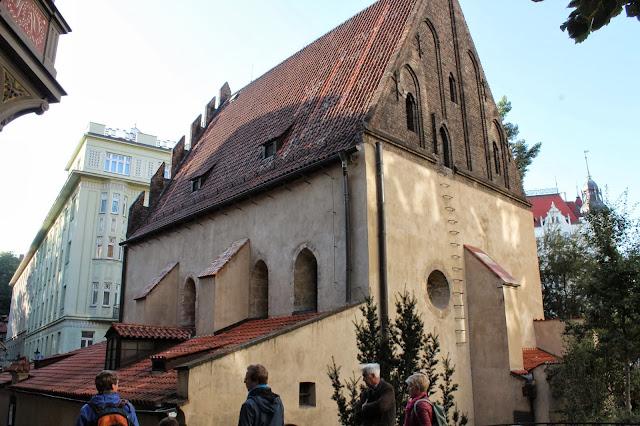 Old Town Square - The old town itself is a must see but directly in the center is the Old Town Square.  Here you will find the famed Tyn Church and the astronomical clock.  There are also many delicious street vendors selling hot wine, sausage etc... 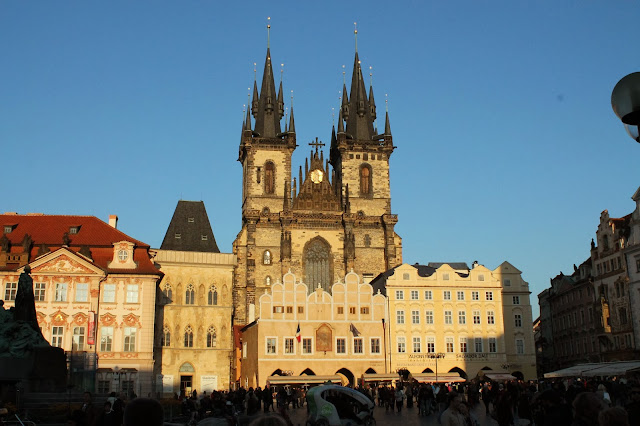 Astronomical Clock - Located directly behind my above picture is the astronomical clock which is a large tourist attraction in Prague.  The big hype is that every hour on the hour, little figurines emerge from the clock and dance.  Our bike tour guide in Munich told us this was one of the most overrated sites in all of Europe and I happen to agree.  I was expecting a lot more though I will give it some credit as it was built in the 14th century. 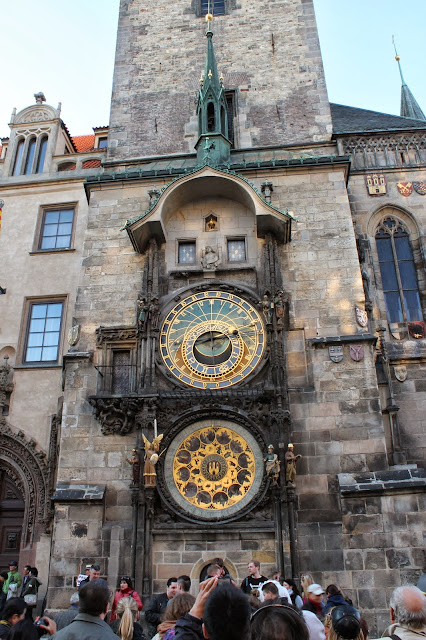 St. Charles Bridge - The most historic bridge in Prague as it dates back to 1357 and was the only bridge to cross the Vltava river in Prague until 1841.  There are 30 or so statues that line the bridge and there is a definite medieval feel that you get when crossing.  The bridge is swarmed with tourists so it would be best to visit early in the morning...which we did not do. 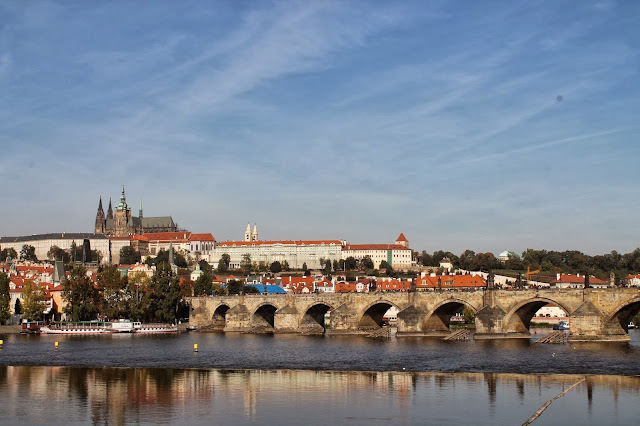 Lock Bridge - Highly underwhelming and highly insignificant compared to the "Lover's Bridge" in Paris but it was still a sight someone told me to see as it marks the entrance to the castle.  Unlike when I visited Paris, I don't think I was going to find a lock this time and throw away the key with the six other guys I was traveling with. Prague Castle - The largest castle in Europe dates back to 870 and has housed everyone from Holy Roman Emperor to presidents of Czechoslovakia.  Granted we did not spend enough time roaming the grounds, it did not have the the medieval fortress feel that the Salzburg Fortress boasts.  Below is a picture of the main gates of two awesome yet brutal statues. 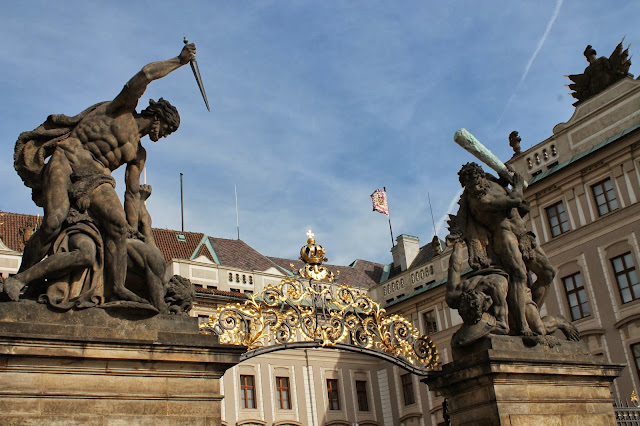 St. Vitus Cathedral - The Roman Catholic Cathedral is easily the most recognizable structure within the Prague Castle.   The Cathedral dates back to 1344 and is a perfect example of Gothic architecture of that time period.  As I mentioned in my last post, a trip inside to see the beautifully colored stained glass windows and a treacherous climb to the top of the tower are well worth it. 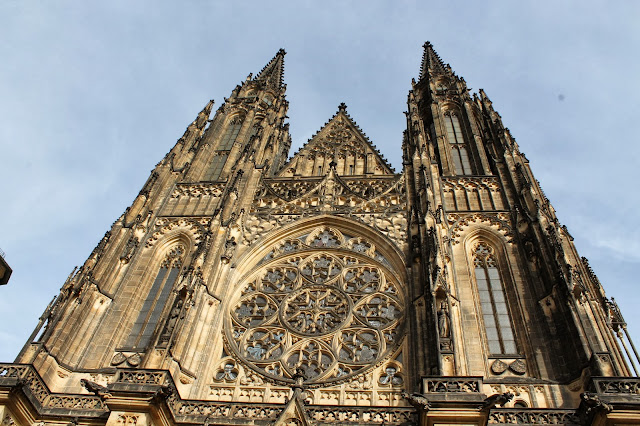 The John Lennon Wall - What was once an ordinary wall became a symbol of the youth movement against the Communist party in the late 1980's.  Students filled the wall with pieces and lyrics from the Beatles and it actually led to a clash between police and students.  Graffiti is still allowed on the wall so there is a good chance if you were in Prague five years ago, the Lennon wall looked a lot different than it did to me. 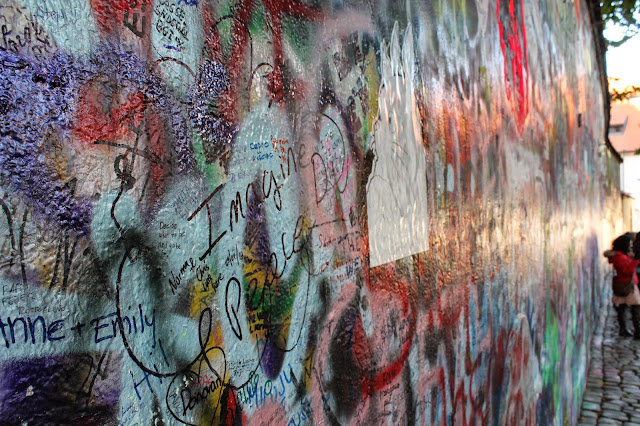 Trdelnik - While technically it is not a site, walking around and checking out Prague will make anyone hungry.  Lucky for you, Trdelnik, is sold all over, particularly around the Prague castle.  The sweet pastry is topped with a sugar and walnut mix. 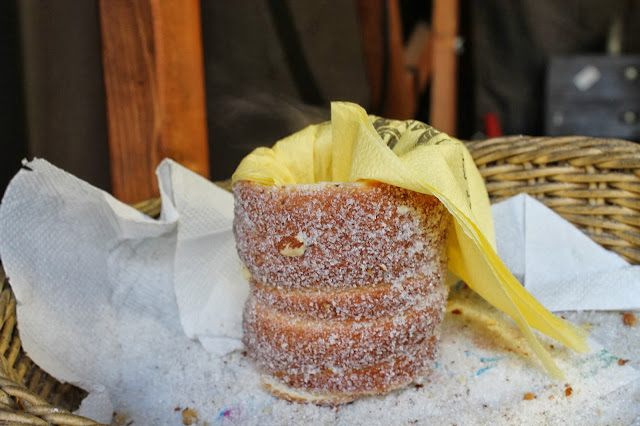